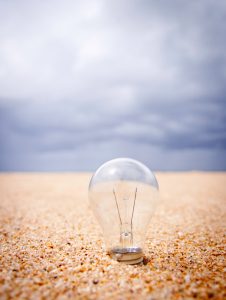 In the wake of digital tools and technologies that have disrupted information and communication norms, many in government, nongovernmental and policy positions have called for media literacy pedagogies and practices to respond to current media and socio-political realities. Organizations are devoting significant resources to exploring the role of technologies and news in society and exploring how media initiatives can impact more vibrant and active communities. These initiatives focus largely on the ways that citizens, and primarily young people, can be better equipped with the skills and competencies — literacies — to navigate and meaningfully participate in daily civic life in a ubiquitous, complex and increasingly influential digital culture.

Media literacies have long been positioned as a set of skills and competencies centered on critical media deconstruction, analysis, comprehension, creation and engagement. Media literacy pedagogies and practices generally focus on increasing the ability of people to critically evaluate and analyze media texts, produce content, understand media systems and structures, reflect on media representations in society, and use media to effectively participate in daily civic life. More recently, media literacy pedagogies have incorporated specific disciplines, or sub-literacies, such as data, news, health and critical making, that respond to the pervasive and increasingly central role that media and mediated platforms play in society.

While positioning media literacy as a solution to problems that emerge alongside rapid technological advancements makes sense in theory, in practice organizations working with youth in formal and informal learning environments often struggle to keep pace with fast-evolving technologies, tools and social networks that elicit unique skills and competencies in users. Organizations often lack resources to devote to training in new technologies and lack access to the technological skills and experiences needed to create savvy technological responses.

Civic IDEA emerges from these findings to offer a media literacy intervention to build the capacity of youth to be more engaged citizens through the creation and distribution of media. Civic IDEA incorporates accessible technologies and a focus on connecting critical inquiry with active engagement in daily life. Youth who engage with the IDEA framework will learn to identify and investigate issues, deliberate around their values, express alternative narratives to current messages, and advocate for communities and issues that matter. Using the toolkit, participants will be able to:

Each module in the IDEA framework — Investigate, Deliberate, Express and Advocate — is anchored by an interactive digital learning tool and a series of activity guides that facilitate fun and creative inquiries. DataBasic is a simple online tool that allows users to quickly analyze data sets, look for correlations, and create visualizations and connections. @Stake is a mobile role-playing game that enables small groups to deliberate about civic issues they define themselves. MediaBreaker allows youth to input and remix visual content to express themselves in relation to mainstream media narratives. Emerging Citizens encourages civic advocacy through popular social media modalities, such as Twitter, Wikipedia and memes.

Civic IDEA aims to build the capacity of young people to be effective participants in their societies. Through media literacy facilitation, IDEA embraces what philosopher Peter Levine calls “civic renewal,” in which “people must change the norms and structures of their own communities through deliberate civic action — something that they are capable of doing quite well.” In societies that rely more and more on media to facilitate daily engagement, how people think about changing the norms and structures of communities must necessarily incorporate how they understand media and their ability to actively use media for civic purposes.

To see and use the toolkit, visit https://civicidea.org.

Paul Mihailidis is an associate professor of civic media and journalism in the school of communication at Emerson College in Boston, Massachusetts, where he teaches media literacy, civic media and community activism. He is founding program director of the Master of Arts in Civic Media: Art and Practice, principal investigator of the Emerson Engagement Lab, and faculty chair and director of the Salzburg Academy on Media and Global Change. His research focuses on the nexus of media, education and civic voices. His newest books, Civic Media Literacies (Routledge 2018) and Civic Media: Technology, Design, Practice (2016, MIT Press, with Eric Gordon), outline effective practices for engagement and action-taking in daily civic life. His work has been featured in the New York Times, the Washington Post, Slate magazine, Nieman Foundation publications and USA Today, on CNN and in other places. Mihailidis holds a visiting professorship at Bournemouth University in England. He co-edits the Journal of Media Literacy Education and sits on the advisory board for iCivics. He earned his Ph.D. from the Philip Merrill College of Journalism at the University of Maryland, College Park. Contact him on Twitter @pmihailidis.

Blog Text [annotated from concept paper, available at https://civicidea.org/about]. The views and opinions expressed here belong to the author and do not necessarily reflect those of the YALI Network or the U.S. government.