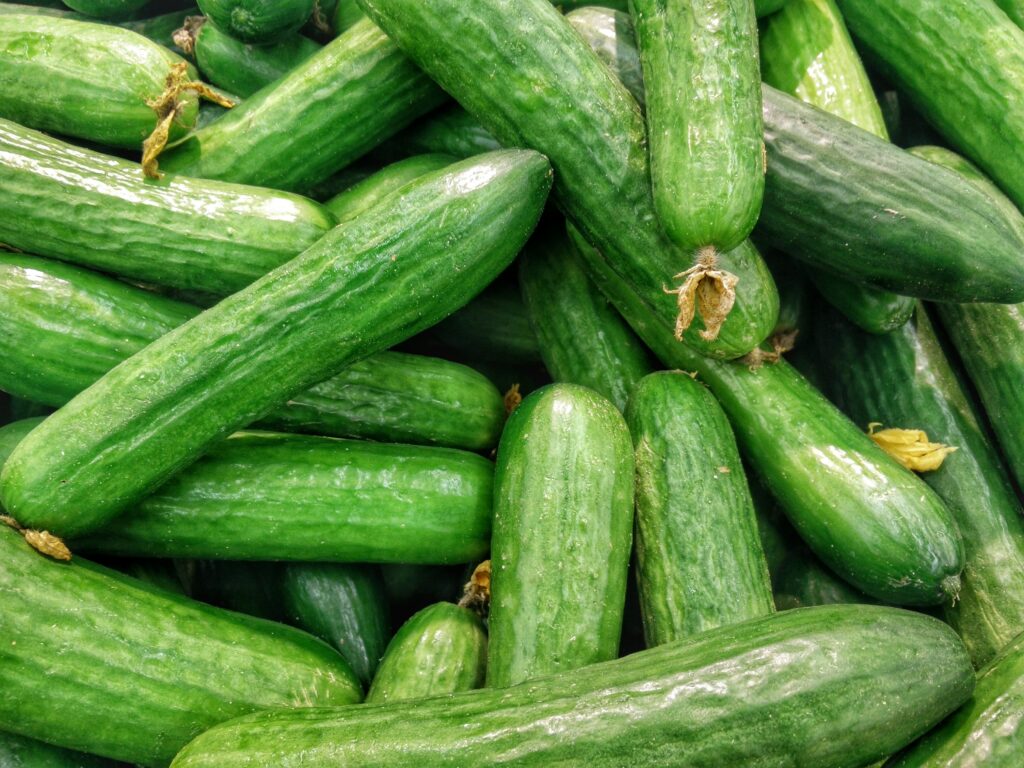 Cucumbers have many health benefits. The cucumber is a nutritious, low-calorie food that can serve as part of a healthy diet to reduce the chances of heart disease, diabetes, strokes, obesity and hypertension. Cucumbers have a cooling and soothing effect that decreases swelling, irritation and inflammation when used topically, hence its use in day spas and beauty products. Additionally, cucumbers’ anti-inflammatory properties help in promoting anti-wrinkling and anti-aging activity.

In the past, cucumber sales in Nigeria were restricted to open markets and salad stores, but in recent years cucumbers have been sold in supermarkets. Sales from an output of just 12 tons per hectare of cucumbers will cover all costs incurred during production. This proves that cucumber farming in Nigeria can be extremely lucrative, as the standard expected yield per hectare is 30 tons. With a good management practice in place and the adoption of a controlled environment such as greenhouse technology, the cucumber output can even increase to 40 tons per hectare. But cucumber production has yet to come of age within the Nigerian agribusiness space due to challenges such as post-harvest losses, lack of a structured fresh market, and issues with pricing and logistics.

A 2017 report by the Federal Institute of Industrial Research Oshodi (FIIRO) revealed that approximately 50 percent of agricultural produce is lost during post-harvest operations. The cucumber, being a perishable crop, is highly susceptible to post-harvest loss as it starts deteriorating as soon as it becomes detached from its vine. The potential for post-harvest loss on cucumbers is also greatly increased due to its high moisture content and the current inability for it to be refrigerated during transport. Aside from post-harvest losses, the lack of a structured fresh market and a difficult pricing system for agricultural produce, especially perishables, creates a missing link between the intense effort to attain a high output amidst constraints on the field, and the ability to reach a proportionate number of sales at a premium price. Price fluctuations are influenced by market glut as well as the seasons, peaking during dry seasons and falling during wet seasons.

Overcoming the bottlenecks that occur along the cucumber’s supply chain could liberate the potential of the cucumber as a viable product within the non-oil market, thus contributing significantly to Nigeria’s GDP.