Election Time: The Art of Activism
By kuczynskirf
6 MINUTE READ

My definition of art has always been the same. It is about freedom of expression, a new way of communication. It is never about exhibiting in museums or about hanging it on the wall. Art should live in the heart of the people. Ordinary people should have the same ability to understand art as anybody else. I don’t think art is elite or mysterious. I don’t think anybody can separate art from politics. — Ai Weiwei (Chinese activist artist) 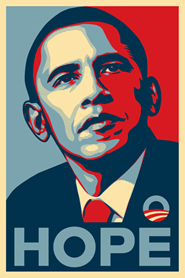 Whatever your definition of art, people in all parts of the globe have been finding creative ways to express themselves since history began. Be it drawings or music, paintings or performance, art is in our blood as a species. Yet art can be so much more than just expression. Art is a powerful tool for social change.

Across the world, there are inspiring examples of individuals and communities harnessing their creativity to find innovative ways of communicating the issues that they care about.

Creating is about sharing ideas, sharing aesthetics, sharing what you believe in with other people. — Shepard Fairey

When American street artist Shepard Fairey designed a poster to support Barack Obama’s campaign for president in 2008, he had no idea of the impact it would make. Having spent less than a day on the design, Fairey sold a few hundred prints on the street as soon as they were dry and put a few hundred more up in the local area. Fairey used the profits of each sale to print more posters and promoted the image online, making it a stratospheric success within weeks, and it is now recognized worldwide as the icon of a campaign that changed U.S. political history.

On the other side of the world, a recent stunt by the company Xiao Zhu stoked a global conversation on Chinese pollution. Their innovative idea of projecting children’s faces onto toxic factory smoke plumes quickly went viral, appearing on social media feeds around the world and adding to the pressure on companies and the government to act on air quality.

In both of these cases, creative individuals peacefully created a huge impact for the causes they care about by being bold, imaginative and intelligent with online networks.

[Art] can be used not only as indices of aesthetic cognition, but equally as important tools in stemming the marginalization of the blacks’ contributions to world civilization.” — Dele Jegede

Some of the most powerful examples are found in the continent of Africa. The artist Dele Jegede began his now celebrated and varied career using satirical cartoons to criticize social and political systems in his native Nigeria. Few subjects have escaped the sharp critique of Jegede’s pen in the last 40 years: from serious domestic issues, like electoral malpractice or a faltering educational system, to subjects further afield, like the African diaspora or the horrors of Rwanda-Burundi. Not only has Jegede exerted a principled and empowering influence on his readers by informing and criticizing major social problems, but he has also inspired a new generation of creatives to do the same, for example, this 1995 piece by Akin Onipede. 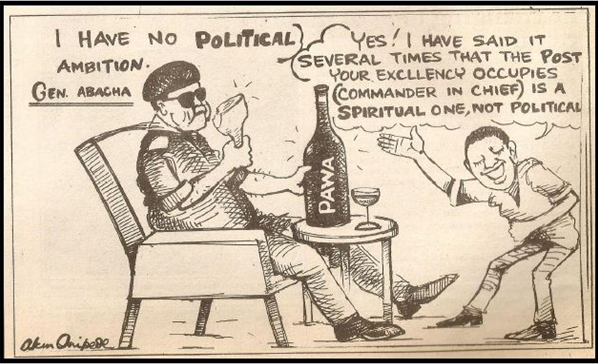 From Gibson Kente touring politically critical black-produced, black-acted plays in black South African townships during apartheid, to Senegalese rappers Y’en a Marre using urban guerrilla poetry to fight for meaningful democracy, each country and each community has its own unique and inspiring history of individuals coming together artistically to overcome injustice.

Art is not paintings in galleries. Art is a creative, imaginative reaction to the world around us. Art is the potential to create change.