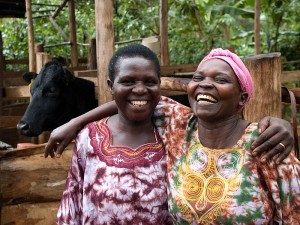 For three days, from March 24th through 26th, Alvin Allgood engaged with the YALI Network in a #YALICHAT on the issues, obstacles that have kept women and girls from educational opportunities, and the ability to develop professionally. The Vital Voices chief operating officer brought his expansive and informed view of the issue to the YALI Network as part of the March focus on investing in women and girls.  In responding to questions and comments from the YALI Network, he also discussed ideas and solutions for creating real change that will allow women and girls to “achieve their full potential.”

Read his blog on empowering women and girls here.

Several questions from Network members acknowledged the entrenched prejudices and stereotypes that have prevented women and girls from playing a role in society. Questions and comments noted the resistance to educational opportunity and gender bias, particularly among men. In response to one post, Allgood stated that, “Changing culture takes time, and educating all youth is key to long term progress. It would also be useful to look at examples from other neighboring communities as learning lessons for how they have dealt with gender stereotypes.”

But many Network members admitted that men are important to changing this attitude and that it is not up to women alone.  Allgood remarked that, “As a father it is my duty to ensure that my son and daughter grow up respecting all of human kind. I am happy to see the younger generations being more and more color and gender blind. Women can inspire men and they often times do. Men should not be threatened by womens rights but accepting and bold to stand alongside them.”

As one Network member put it, “It is the duty of everyone, including men in sound positions to create a platform and investment for the education and empowerment of women. We owe it our women and humanity at large.”

Creating opportunities for women entrepreneurship was another area of interest for Network members. Many identified this as critical to your community’s and country’s economic health.  Allgood agreed. “Through our work at Vital Voices, we have found that despite the proven benefits of women’s economic engagement, women business owners still face disproportionate barriers. As the future leaders of the continent, I encourage you to advocate for women’s economic empowerment in your communities. It is not only right, it is also smart economics.”

In signing off from his #YALICHAT, Allgood had praise and a further challenge for the YALI Network.

“Thank you again for taking the time to participate in this #YALICHAT. Your comments and questions have inspired me, and I hope that my responses have done the same. Collaborating and networking are critical to affecting real change. Collectively we can make a difference. We have been reminded this week that words alone are not enough and that we have to be willing to take bold steps. As you make this pledge to invest in women and girls, be sure to invite your fellow network members and think about what you can achieve together.”