As 1,000 Mandela Washington Fellows gathered in Washington for a presidential summit that featured a town hall meeting with President Obama, several took the time to participate in a #YALICHAT with YALI Network members to talk about their six-week experience in the United States and offer advice to those wanting to apply for next year’s fellowship.

Today at 11:30 UTC we are hosting a #YALICHAT with Fellows about their experiences and their Fellowship application! pic.twitter.com/VLedIhrJti

Some Network members wanted to know “the secret” to getting into the Fellowship, which includes six weeks of leadership training at an American university and opportunities to make connections for professional development that can help them after they return home.

Others wanted to know more about their experiences in the United States. 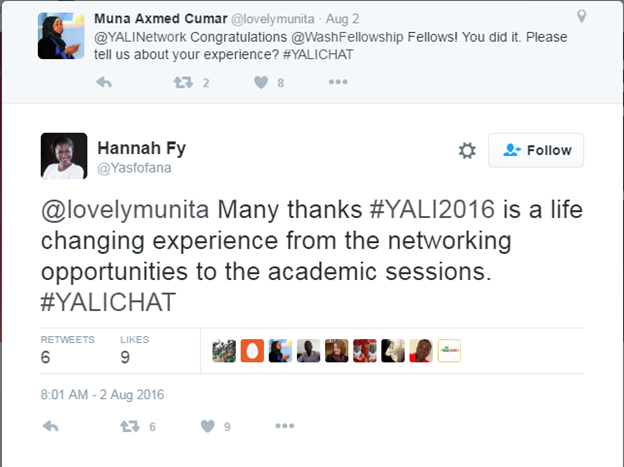 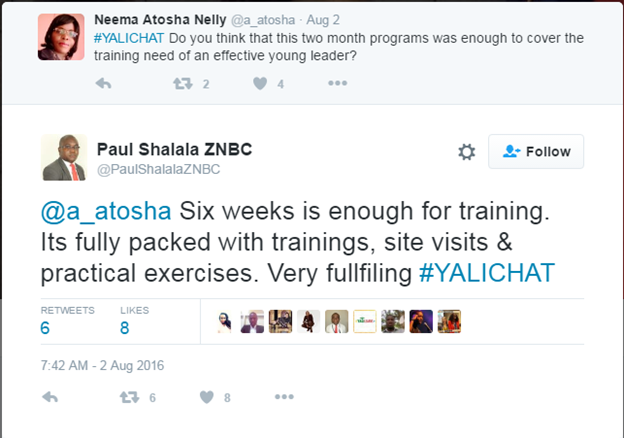 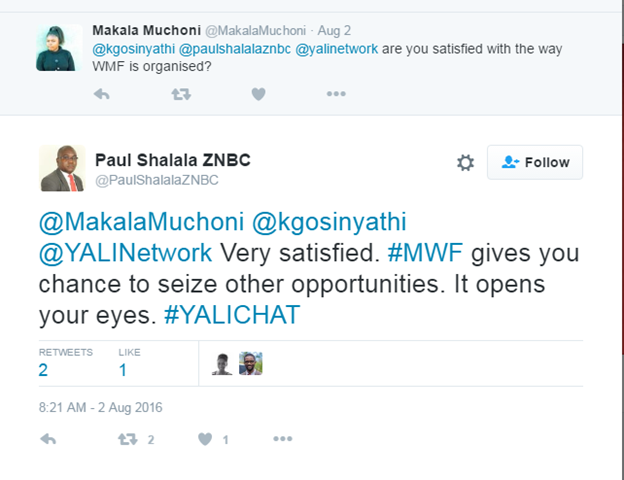 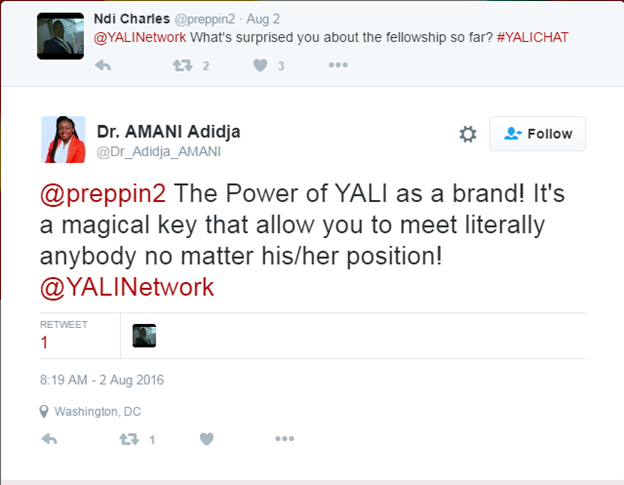 As far as their American hosts are concerned, the benefits of the Mandela Washington Fellowship are a “two-way street.” 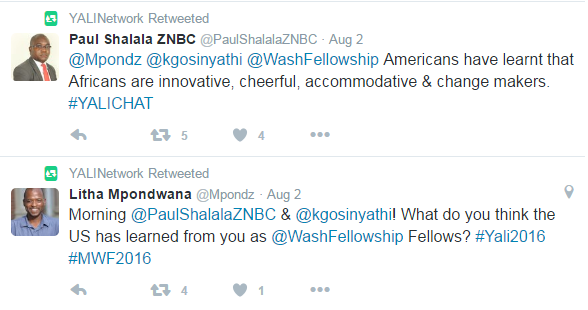 The Fellows also had general advice for Africans who are interested in giving back to their communities. 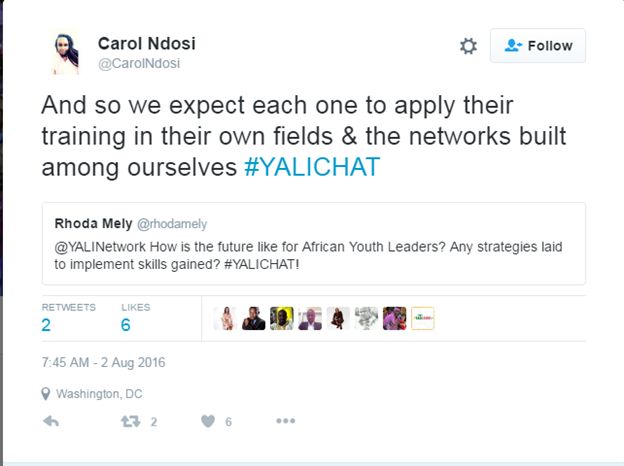 After an hour of answering tweets from YALI Network members, the Fellows participating in the #YALICHAT returned to the seminars, networking and other events that took place during the three-day presidential summit. Stay tuned to the YALI Network Facebook page over the next few months for more information on the upcoming 2017 Mandela Washington Fellowship application. 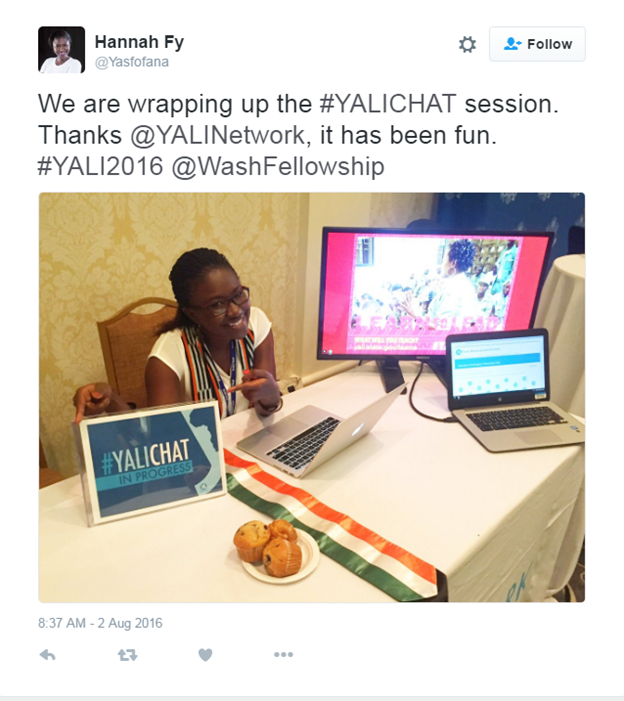