Hamzat Lawal, CEO of Connected Development (CODE), held a Facebook chat with the YALI Network from Tuesday, June 14, through Thursday, June 16, to talk about how to organize and mobilize others around a cause. For more information, please check out the original YALI Network online course, “Understanding Elections and Civic Responsibility.” 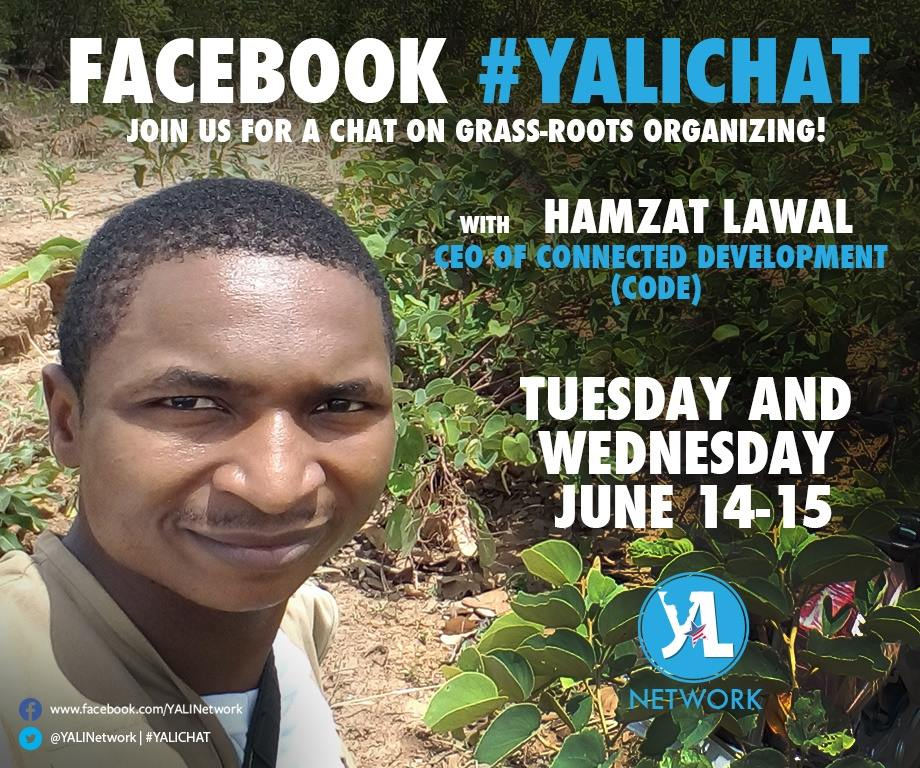 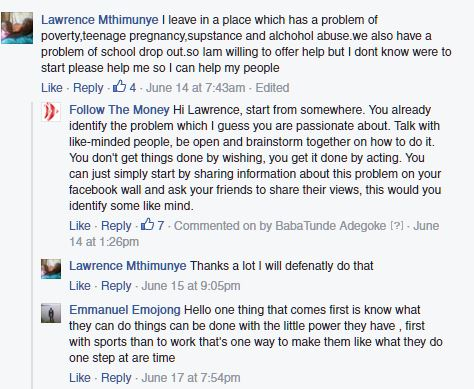 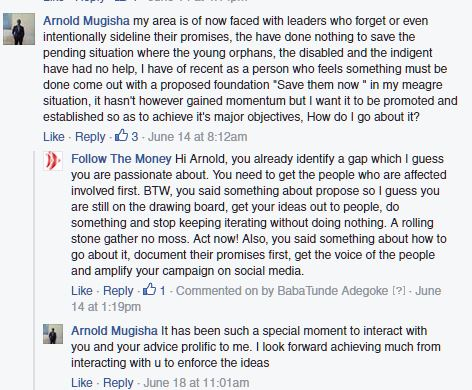 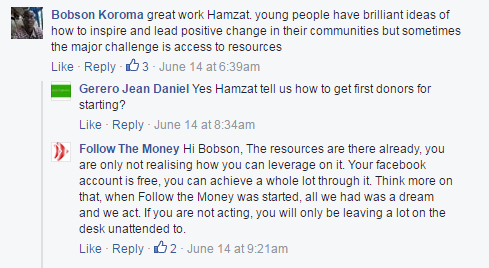 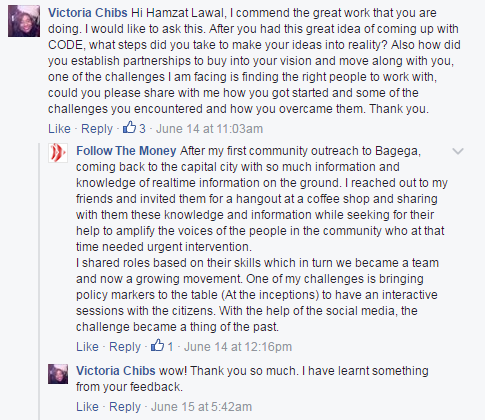 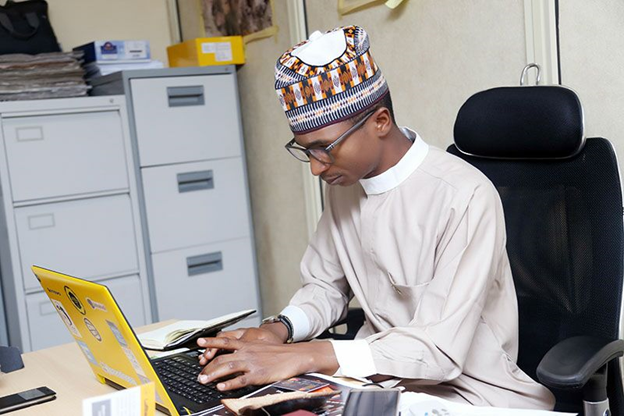 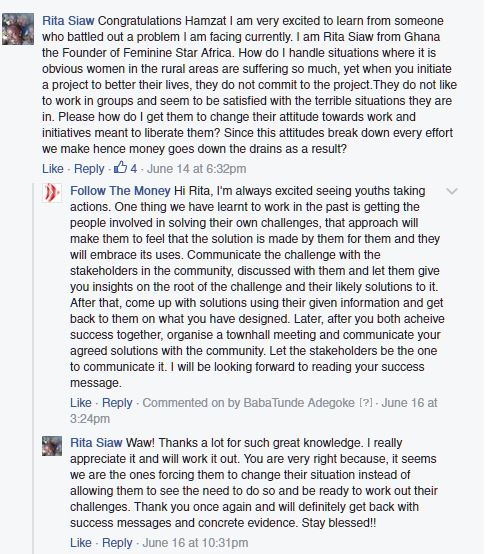 In 2012, Hamzat co-founded Follow The Money, a grass-roots organization of citizens, journalists, data wranglers, information analysts, lawyers and others who advocate for, track and visualize data on aid and government spending to ensure that promised funds end up where they’re supposed to go.

In their messages, some of the #YALICHAT participants said they have a passion for a cause and see a need to do something. They just weren’t sure where to start. Hamzat encouraged people with a calling to take action and to challenge the status quo. 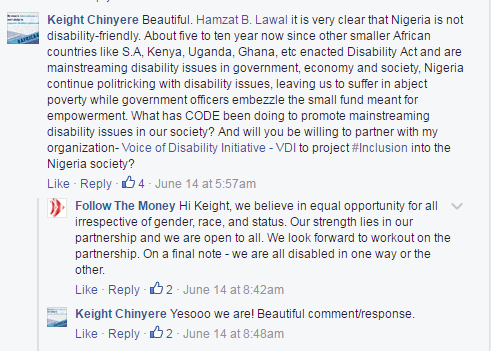 He also described how he got his own movement underway.

Other participants wanted to know more about how to motivate others and get them to commit their time and energy to a cause. 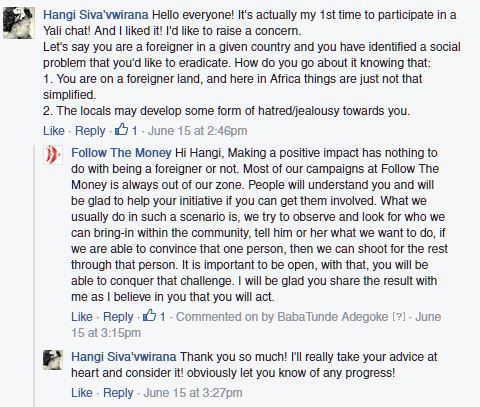 Hamzat also used the #YALICHAT to stress the importance of inclusion. 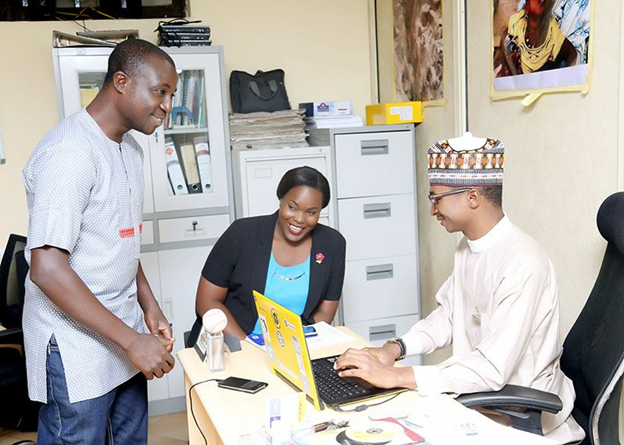 You can learn more about getting involved for political and social change by taking the YALI Network Online Course on “Understanding Elections and Civic Responsibility.” The three-part course covers the role of citizens in the electoral process, how to exercise civic responsibility, and how to hold officials accountable. Then, after you’ve earned your certificate, share with others what you’ve learned through hosting a #YALILearns event!