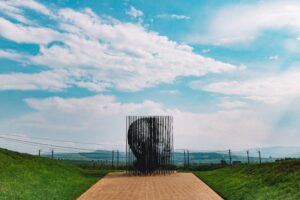 Nelson Mandela is known for fighting apartheid. But he was also a powerful champion for women’s inclusion. After Mandela was elected in 1994, female representation in Parliament jumped to 27 percent from 2.7 percent. He recognized that true freedom could not be achieved while women suffer from oppression. Mandela realized that if South Africans’ lives were going to be improved, women needed to be empowered to reach their highest potential.

At the 2018 YALI Mandela Washington Summit, a panel of experts discussed how Mandela’s legacy of women’s empowerment was still needed in Africa and around the world.

Here are a few of their suggestions to help make that happen.

In sub-Saharan Africa, women represent the majority of the labor force, yet men often get better educational and career opportunities.

Priscilla Mutembwa, vice president of cybersecurity policy and development at U.S.-Africa Cyber Group, says that women are as capable as men. As a grassroots women’s advocate, she observes the discrepancies in skillsets between men and women and attributes this to inequality in opportunity.

“It is women who are the change agents,” Mutembwa says. “It is women that are raising the economy, so they need to be empowered — it is about getting women access to the right resources.”

Encourage women to find their purpose

Creating a strong support system is one way that anyone can empower the women in their community. When women have a powerful support group, they can harness their talents and strive for their goals.

Girls as young as 4 or 5 can already feel the sting of gender inequality. Boys might receive more of a differential treatment at home, and girls also sense a division in opportunity compared to boys in the classroom, says gender equality advocate Hemant Ramachandra.

Ramachandra challenged the YALI audience to create a gender-equal society early in life and to raise boys to appreciate the skill sets and potential of women.

“I believe I can be successful, not just because I have men around me or because of myself,” says Ramachandra, “but because I have a combination of men and women, cultural diversity, and race diversity.”

Training young women in leadership skills can only take them so far. Women demand the respect of men — both at home and in the workplace — to truly grow.

Nice Nailantei Leng’ete, named to Time magazine’s list of 100 most influential people in the world, works to end the harmful practice of female genital mutilation (FGM). She trains young girls ages 12 to 17 in leadership skills and has saved over 16,000 girls from FGM.

“We don’t just talk to girls. We also talk to boys because these boys, in the future, will be the husbands of these girls,” says Leng’ete, who believes ending FGM — and elevating women in her home country, Kenya — is a collaborative effort. “They [men] really need to agree that women need spaces … to do whatever they want to do.”