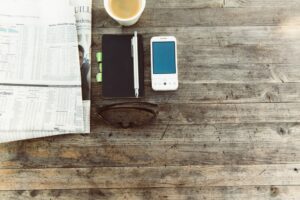 They are on your mobile phones and computer screens, in newspapers and magazines, stretched across billboards and broadcast through radio waves. They are mediated messages, and you are inundated with them every day.

With so many viewpoints, it’s hard to separate fact from fiction. To guide your exploration of the media that surround you, the Center for Media Literacy developed these five core concepts:

1. All media messages are constructed.

Media texts are built just as surely as buildings and highways are built. The key behind this concept is figuring out who constructed the message, out of what materials and to what effect.

2. Media messages are constructed using a creative language with its own rules.

Each form of communication has its own creative language: scary music heightens fear, camera close-ups convey intimacy, big headlines signal significance. Understanding the grammar, syntax and metaphor of media language helps us to be less susceptible to manipulation.

Audiences play a role in interpreting media messages because each audience member brings to the message a unique set of life experiences. Differences in age, gender, education and cultural upbringing will generate unique interpretations.

4. Media have embedded values and points of view.

Because they are constructed, media messages carry a subtext of who and what is important — at least to the person or people creating the message. The choice of a character’s age, gender or race, the selection of a setting, and the actions within the plot are just some of the ways that values become “embedded” in a television show, a movie or an advertisement.

5. Most media messages are organized to gain profit and/or power.

Much of the world’s media were developed as money-making enterprises. Newspapers and magazines lay out their pages with ads first; the space remaining is devoted to news. Likewise, commercials are part and parcel of most television watching. Now, the Internet has become an international platform through which groups or individuals can attempt to persuade.

By considering the core concepts behind every media message, you equip yourself with an ability to analyze and interpret a message — and to accept or reject its legitimacy.

Learn how you can stand for integrity on our YALIUnites page.