More than just words: Why constitutions need to include human rights
By tjohnson
5 MINUTE READ

If human rights are supposed to be the rights everyone has — like free expression, equal protection and the freedom of conscience — why do they need to be codified in a country’s constitution? And where do your rights stand if you live in a country where the constitution is not always respected?

Paul Graham, a project director for southern Africa at the nongovernmental watchdog organization Freedom House, said it is not only important for constitutions to spell out the standard rights that everyone enjoys, but it is also important for citizens to be aware of them to better understand when their rights are being violated.

“How do you play the game when you don’t even know the rule book?” Graham asked. He likened the question to a sporting match. 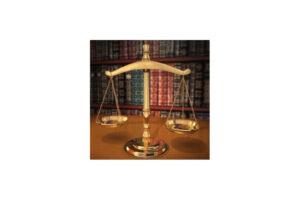 “You might quarrel about the rules. You might yell about that goal and whether it should have been awarded or not, but without the rule book you’re not even sure you’re playing the same game,” he said.

It is very important to spell out what the rules are when it comes to human rights. “While they may not stop someone from having their rights abused, at least that person has some recourse. Whereas if there is no codification, it’s very difficult because then they must appeal to international norms, which are under threat and to which many people are quite prejudiced,” Graham said.

The original U.S. Constitution did not contain human rights provisions, since some feared that articulating rights could limit them. But subsequent amendments to it have become the primary legal foundations that have been used by African Americans, women’s suffragists, LGBTI activists and others to assert their human rights. When South Africa wrote its post-apartheid constitution, human rights were incorporated into the document.

“In the long run, you’ve got to embed some sort of constitutional dispensation to assist you” to protect human rights, Graham said. “Otherwise, every fight is costly to you as an individual and often without precedent.”