Sometime in October 2017, the Nigerian public was woken up by screaming headlines on social media platforms. The story alleged that some Nigerian soldiers had stormed primary and secondary schools in some parts of Nigeria’s South East to forcefully inject schoolchildren with substances that could cause the monkeypox virus. In less than 24 hours, it became a snowball of misinformation in the public space.

As outlandish as it sounded, it took a few days for the storm to calm after further probing on the pages of mainstream media. In the end, it turned out to be a hoax, but that misinformation was widely shared and mostly believed by many.

In the age of fake news, the core of a news story — truth and objectivity — has become even more blurred in the last decade. There has literally been a verbal and digital assault on truth since the advent of social media and online blogs.
From a simple tweak on photoshop or digital editing of an original photo or video, the truth blurs. Depending on the subject, this element of misinformation still has the potency of going viral on social media.

There is a proverb that says, “No matter how far the lie travels, truth will eventually catch up with it.” In the age of fast foods and digital downloads in nanoseconds, it is the duty of journalists to ensure that it takes truth less time to catch up with fake news in the media space. This is accomplished through objective reporting based on verifiable details/facts (fact-checking), credible sources and investigating issues that cut into the heart of society.

As commonly stated, “Comment is free, but truth will always remain sacred.” Not only does truth cut into the heart of any (mis)information, it remains a critical part of the foundation of journalism. And it is our duty as media professionals to uphold truth in this age where the media space is flooded daily with fake news, both online and offline.

The question now is: How do we uphold truth and objectivity in a world where misinformation has blurred the lines between verifiable facts and fake news?

This is why there is a need to retrain practitioners on the basics of Journalism 101 — the 5Ws and H:

As simple as it sounds, these are the secrets to getting to the heart of information, and they help journalists/bloggers refocus on the aspects that truly matter. These basics also encourage objective reporting when they are applied to dissecting and disseminating information. The truth is, fake news or misinformation can easily be identified when viewed through the 5W and H lens.

Also, media literacy campaigns should start in high schools. With effective media literacy, we can “catch them young” by educating them to better analyse, evaluate and understand information/news stories. We can help consumers of news, especially young people, to develop critical thinking skills and enable them to sift the real news (truth) from misinformation or fake news.

Truth remains one of the core principles of journalism. Thus, it is the responsibility of journalists and media practitioners to uphold these principles — truth and accuracy, fairness and impartiality, accountability and humanity — in dissecting and disseminating information in the traditional and online media space. 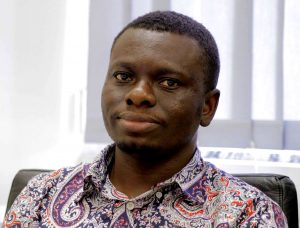 This post was written by Arukaino Umukoro. Arukaino Umukoro is an award-winning Nigerian journalist and a recipient of the 2015 CNN/MultiChoice Africa Journalist of the Year award in the Sports category.