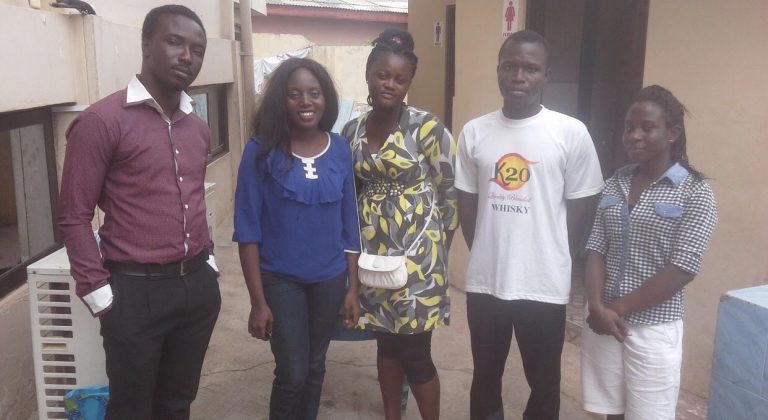 Yvonne Amankwah knew from an early age how to inspire those around her.

“I was always the leader of any activity in school,” Yvonne says. “Even poetry recitals; I always took center stage. I think I knew even then that to lead, you have to be able to learn from others.”

Now a 2019 Mandela Washington Fellow, Yvonne is still learning from and teaching others across Ghana.

“I noticed years ago that a lot of women in Kaneshie where I live had disabilities,” Yvonne says. “And I noticed that the majority were unemployable. I wanted to find a way to help them earn a living, somehow.” 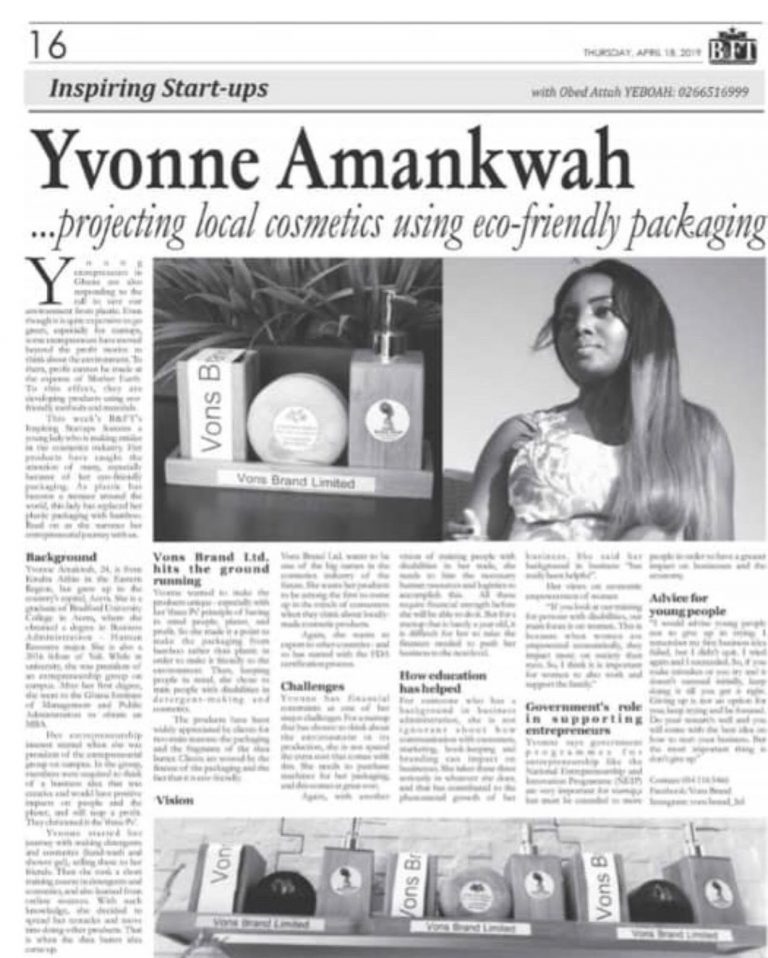 That’s when Yvonne launched Vons Brand Limited, a line of natural cosmetics produced locally by women with disabilities. In Ghana, where people with disabilities make up an estimated 3 percent of the population, many of whom are marginalized, Yvonne knew she had an issue to address.

“In Ghana, people are using a lot of chemicals on their bodies and that damages the skin,” Yvonne says, explaining her business model in more detail. “We chose instead to use natural ingredients like shea butter, which doesn’t have any impurities.”

Yvonne, who is looking to expand her initiative, advises other entrepreneurs to focus on a single problem they want to solve.

Once they’ve settled on an issue of interest, Yvonne encourages entrepreneurs to set clear goals to address the problem they’ve identified.

“Then it’s just about connecting with the right people to get your idea off the ground,” Yvonne says.

One idea Yvonne hopes others take away from her work is the inherent value of every human being.

“I want people to understand that there is still hope for women with disabilities,” Yvonne says. 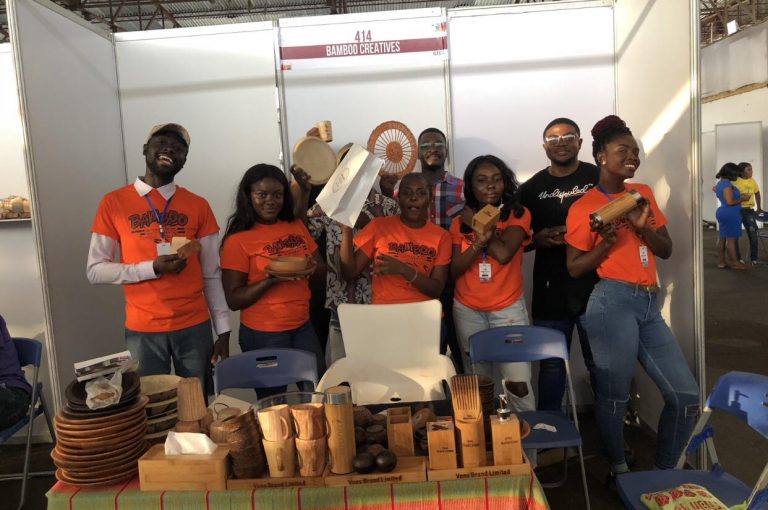 “They are not a burden on society, and if we can make a collective effort to help these women find work, it will help the community, and the nation as a whole.”

In moments of discouragement, Yvonne remembers the resilient women for whom she works and focuses her attention on their needs rather than her own.

“It’s not just about yourself; it’s about considering the needs of the people around you,” Yvonne says. “When you think about impact, think about the people you serve, the people who need you.”

For Yvonne, her work stems, too, from a focus on the future of her community and the values of inclusion she’s imparting.

“I would like to be remembered for the kind of impact I made on my society,” Yvonne says. “For living a legacy.”

Inspired by Yvonne’s story? Learn how you can create, innovate, and prosper on our YALIEntreprenurs page.