YALI Voices: This Is Not a Game: Illegal Bushmeat in Zambia
By Young African Leaders Initiative
6 MINUTE READ

Almost exactly three years ago, I sent the email that would change the trajectory of my life. I was a young graduate, bright-eyed, bushy-tailed and somewhat confused about where life would take me. I had done some work with wild dogs, then worked with conservation farmers and then was offered the opportunity to work on environmental impact assessments for large road developments. The career journey seemed long and the possibilities endless. A friend sent me an email about a job offer to work on a study into the consumption of illegal bushmeat in Lusaka. If I am completely honest, I didn’t even know Zambia had a bushmeat problem, but it piqued my interest. Aside from the fact that it was a chance to use my skill set, it was an opportunity to do what I loved.

Three years after I received that email and accepted the job, a lot has changed. The study is done, and we now have definitive evidence that Zambia has a huge issue with illegal bushmeat. The illegal bushmeat trade is the single greatest threat to wildlife populations in Zambia, and my city, Lusaka, is at the heart of it. Lusaka is a well-known bushmeat trading hub. What is most troubling is that bushmeat consumption in Lusaka and across Zambia is primarily preference-based, and historically there are public perceptions that bushmeat consumption is acceptable and healthy (under the guise of being free-range) and that it supports local communities. Residents of Lusaka consume tens of thousands of kilograms of bushmeat each year.

The campaign launched on 6 December 2017, with its centerpiece a 60-second public service announcement depicting the journey of illegal bushmeat from poacher to plate. Our creative partners, Adlab McCann and Giraffe Media Productions, designed it to incite behavioural change. The title “This Is Not a Game” was conceived to reinforce the campaign message that the illegal bushmeat trade has serious consequences and to differentiate between illegal bushmeat and legal game meat. To catch and maintain the attention of the target audience and ensure the message was received, we created content that is shocking, impactful and educational. Other campaign materials were launched on social media (Facebook, Twitter, Instagram and YouTube), print media and radio with similar themes.

Seven months into the campaign, we’re already seeing a difference in shift of mindsight and a greater interest from consumers in the legal game meat market. The campaign is funded by Lion Recovery Fund. The campaign is a dream come true, but just the beginning of many years of hard work to change the perceptions of the illegal bushmeat trade in Zambia.

Demand reduction is a huge part of the solution, but we are working alongside private and public partners in law enforcement and community development to ensure that our wildlife is not only protected but also restored to its former glory. Saving our wildlife is a team effort, and no one person or organization can do it alone. 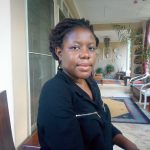 Luwi Nguluka attributes her passion for wildlife to her childhood in the Okavango Delta. Representing the next generation of conservationists in Zambia, she leads the innovative This Is Not a Game bushmeat campaign launched by Wildlife Crime Prevention to tackle the illegal bushmeat trade — a devastating threat to carnivore and prey species across the continent.