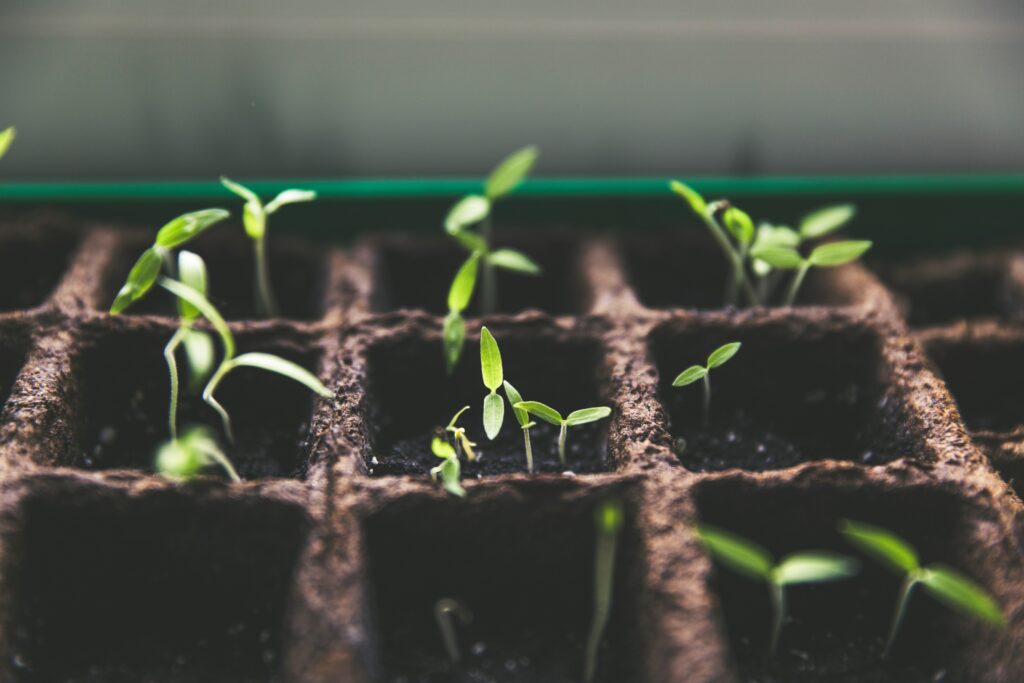 Two years ago, I participated in a Reciprocal Exchange Grant in West Africa where I had the opportunity to learn firsthand about the agricultural entrepreneurship that is emerging in this region of the world. My partnership with Mandela Fellow and agronomist Raoudath Bouraïma, or Oura for short, began during the summer of 2016 when she visited my garden in Hartland, Vermont, during her fellowship to discuss her vision to grow organic seeds in her homeland of Benin.

Presently, the only seeds available to Oura are grown in France, Italy and Japan — places with radically different climates from her own. This posed a significant problem, as seeds need to be grown where they will be planted since adaptation to growing conditions begins on the seed level. Additionally, growing seeds locally also has many other benefits, such as providing a much richer selection of varieties, contributing to food security, supporting biodiversity, and promoting adaptation to local circumstances. Ultimately, cultivating seeds locally also results in healthier plants and people.

Oura explained that her objective was to supply local farmers first, and then gradually build a network to supply her entire region with organic, locally adapted seeds. With my 25 years of experience in growing and saving seeds, I was delighted to speak more with Oura about how I could assist her. When I finally arrived in Benin, I assisted Oura with implementing her vision and beginning her project to grow organic, locally adapted, open-pollinated seeds for farmers in her nation and beyond.

The Importance of Developing Local Partnerships

Oura had also been collaborating with other young farmers in their nonprofit Les Jardins de l’Éspoir, a cooperative project devoted to agroecology. The participants experimented with many aspects of localized, small-scale, organic farming that could be used to provide a livelihood. Diversity is at the heart of the project, as the group develops various types of experiments to support their initiatives. For instance, they test growing crops organically (for example, if you plant lemongrass next to cabbage, it repels the cabbage caterpillars), test growing borderline crops (such as grapes), work to introduce new crops potential customers may not be familiar with (like red-leafed lettuce), and explore aquaculture. The group has organized a farmers market where locally grown produce is sold, as well as value-added products such as hibiscus syrup, coconut cake and ginger syrup.

One of the things I was most impressed with during my time in Benin was the degree to which young people are already engaged with organic, sustainable and local agriculture. Many of Oura’s friends were engaged in such activities like cultivating mushrooms for a local restaurant and growing luffa gourd for export, as well as a project called Food for Life, which creates educational materials to help people understand the importance of a healthy diet that consists of a balance of locally appropriate fresh foods.

Interestingly, it seemed to me that although my region is so different from Oura’s in Benin, the agricultural issues we both grapple with have interesting similarities. Here in the United States, there are initiatives to move away from industrial agriculture toward smaller-scale farming that results in more economic stability and less environmental damage. In both countries, young farmers are exploring traditional crops because of their nutritional value, cultural importance, multiple uses and adaptability.

Additionally, both of our countries are experimenting with developing value-added products to market locally and internationally — I believe this is an area that holds tremendous potential in Africa. Both nations are also introducing the concept of CSA (Community Supported Agriculture) and farmers markets and are recognizing the importance of small businesses started by young entrepreneurs that include a healthy mix of cultivating local markets while also developing regional and international markets.

The views and opinions expressed here belong to the author and do not necessarily reflect those of the YALI Network or the U.S. government. YALI Voices is a series of podcasts, videos and blog posts contributed by members of the YALI Network.