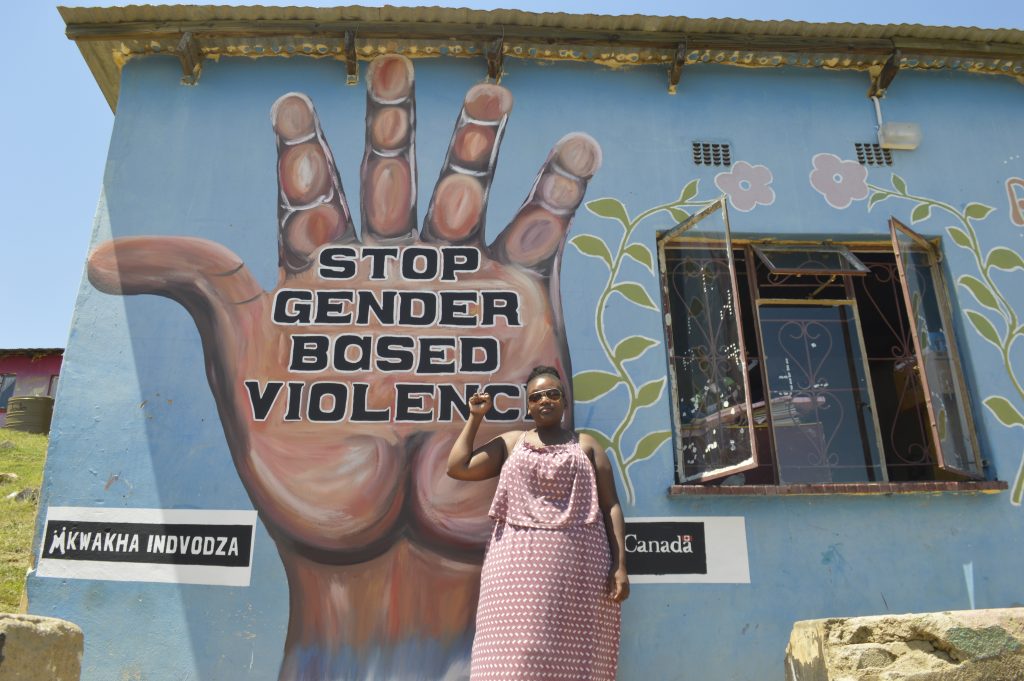 Growing up in a largely patriarchal country whose cultural norms are deeply rooted in gender inequality, it is only normal to normalize and internalize these disparities. It is not unheard of for a woman who is in a loving relationship with a man to leave him because he does not beat her. She feels that occasionally getting a beating from her partner is a sign of love. This can be attributed to many factors, ranging from her upbringing, where she might have witnessed domestic violence between her parents or relatives, to internalized beliefs that she has to assume the role of victim in every situation. However, it is critical to combat not only the individual instances of violence, but also its systemic forms, as violence does not occur in a vacuum but rather in a society that condones and encourages it.

Gender-based violence (GBV) is mainly perpetrated by men, as well as by the community members and individuals who tolerate negative masculine practices. The most prevalent form of domestic violence is intimate partner violence. At present, 1 in 3 women will be physically or sexually abused in her lifetime, and 1 in 5 women will experience some form of abuse before she reaches the age of 18. These are large numbers, and they are not just numbers, they have faces; there are names attached to them.

If men, then, are the main perpetrators of GBV, why can’t they also be the solution to the problem? Engaging men in the discussions and efforts to end gender-based violence is a crucial part of all initiatives. But this has to go hand in hand with women’s empowerment initiatives. What good would it do to empower a woman who, at the end of the day, goes back to the same man who still believes violence is central to his masculinity? While I strongly believe that it is easier to build strong and respectful men than it is to repair broken men, it is still important to involve all men because the ones being built need to learn from their father figures and the community, from the men they look up to.

To end gender-based violence, and for societies to achieve their economic, social and development goals, individuals, government and civil society need to build a more gender equitable society, one with healthier gender roles for women and men. To be effective, strategies must not only empower women, but also engage men and encourage significant changes in men’s attitudes.

The call to formally involve men in GBV discussions started more than 20 years ago when the 1994 International Conference on Population and Development (ICPD) highlighted the need to encourage men to take an active role with regard to housework and child-rearing.

I am currently running a project that seeks to reduce gender-based violence against women by engaging men. This entails, among other projects, a series of daylong boot camps for men between the ages of 10 and 25. Based on their participation, some of the young men are recognized as Gender Champions and go on to participate in a series of national radio interviews where they discuss different GBV topics. It is through these initiatives that men learn more about gender-based violence and, importantly, become active agents of change. I am convinced that these conversations with men make them less likely to abuse their partners. If I interact with 50 men per session, for example, that day I go to bed knowing there are now 50 more men who are less likely to carry out GBV in their communities.

Information is power. This may seem cliché, but I have found and seen the power of being informed. So before any type of initiative can be implemented, it is important to be informed, and to ensure that men are part of the conversation. This is important, especially, because in the communities where the most interactions happen, questions will be asked, and opinions challenged, and if you are not well-informed, you will not be able to address your community’s questions.

I cannot overemphasize the importance of engaging men in these discussions. It is crucial in advancing gender justice and in ending GBV. Studies show that working with men and boys challenges their perceptions of masculinity; these men are also more likely to speak up about the pressures they face to display what is considered normal masculine behavior. It’s these integrated approaches, initiatives that bring men to the table, that make men feel engaged rather than silenced.

The views and opinions expressed here belong to the author and do not necessarily reflect
those of the YALI Network or the U.S. government. YALI Voices is a series of podcasts, videos and blogs contributed by members of the YALI Network.