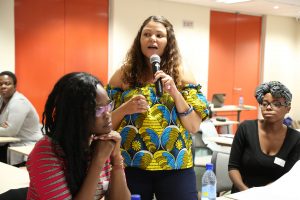 Facebook has some 2 billion subscribers and is followed by instant-messaging applications like WhatsApp, with some 1.5 billion users. It is further reported that Facebook users send an average of 31.25 million messages and view 2.77 million videos every minute. That is a plethora of information on just one social media site. Media shape how we perceive the world, and thus we must become more critical about the information and media we consume and produce.

Facebook and WhatsApp are the most accessed social media sites to complement a diverse traditional media landscape in Namibia. Namibia has other favourable conditions, including press freedom, relatively good internet coverage and access to low-cost smartphones. Inevitably, these advances gave rise to an information and exchange explosion, and the natural consequence is the increase of fake news and propaganda.

Elle Hunt, a commissioning and communities’ editor with Guardian Cities, labels “fake news” as “completely made up and designed to deceive readers to maximize traffic and profit.” In March 2018, a message circulated on WhatsApp that stated that the government of the Republic of Namibia initiated a new network monitoring system to record all calls and all personal and social media messages. This screenshot message was designed to look like a genuine report on the Namibian Broadcasting Corporation’s evening news bulletin. I verified the correct information and within minutes received a copy of a statement from the Ministry of Information and Communication Technology that confirmed the message was fake news and that the government has no intention of monitoring personal communication. I shared the statement in other WhatsApp groups. I’ve learned that the best remedy for fake news is to debunk it immediately. 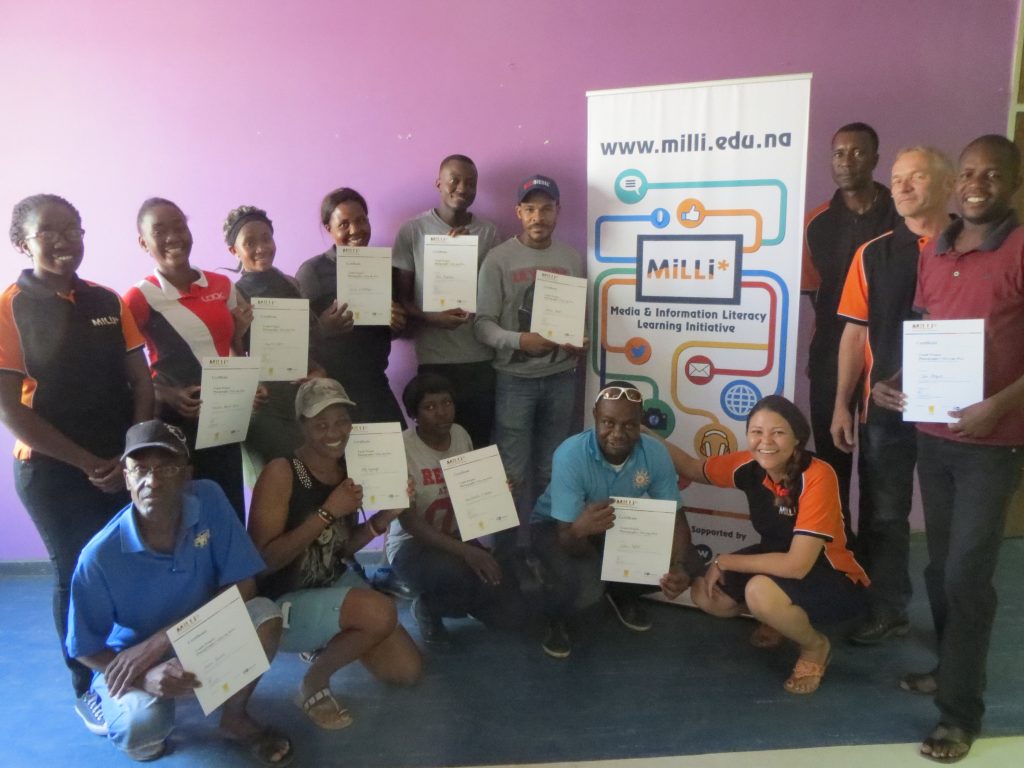 During the 2017 SWAPO Party Congress, when the governing party sought a new leader, a rumour spread that the president of Namibia and the first lady of Namibia were divorcing. Soon enough, a loving picture of the two of them appeared in the media, debunking the fake news of a marital split. At a time of heightened uncertainty, the immediate response was of great value.

The American author, educator, media theorist and cultural critic Neil Postman defines propaganda as “intentionally designed communication that invites us to respond emotionally, immediately and in an either-or manner.” As 17 African countries are preparing for their 2019 national elections, I challenge all young Africans to reflect and share messages responsibly in the run-up to elections. Always consider how people may feel about the message and how free they are to accept or reject it. We can recognize propaganda if one or all of the following techniques are used:

I’m consoled that in Namibia we are doing something about the challenges that digital communication platforms present. The solution is the Media and Information Literacy Learning Initiative (MiLLi*), which was launched by the College of the Arts and the DW Akademie Namibia office in Windhoek in 2015. Working as partners in education, the College of the Arts embedded this initiative in their educational offering, and DW Akademie, an international media development organisation, supported them.

MiLLi* trains Namibian youth in urban and rural parts of the country on media and information literacy, to create conscious citizens who can obtain quality information to make informed decisions. The initiative aims to create local MIL experts in Namibia and offers various levels of education at the Katutura Campus in Windhoek.

As a participant in the MiLLi* Certificate course, I have learned to evaluate media messages by asking these simple questions:

We should invest in MIL and empower the youth of Africa, where the median age is 20, to increase civic participation and hold our governments accountable. I implore you, as young leaders, to make use of media responsibly, which gives you agency to deconstruct and reconstruct our African narrative.

A few of us in the MiLLi* Namibia network pledged, via the #YALIChecks pledge, to #StopReflectVerify before responsibly sharing information. Join us and take the pledge! 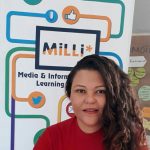 Lizette Feris is a 2017 Mandela Washington Fellow, a YALI Network member, the current chairperson of the YALI Alumni Association of Namibia, a project manager at DW Akademie and the co-founder of Victims 2 Survivors and Children and Youth on the Move. You can catch up with Lizette on Facebook or via email at v2snamibia@gmail.com.