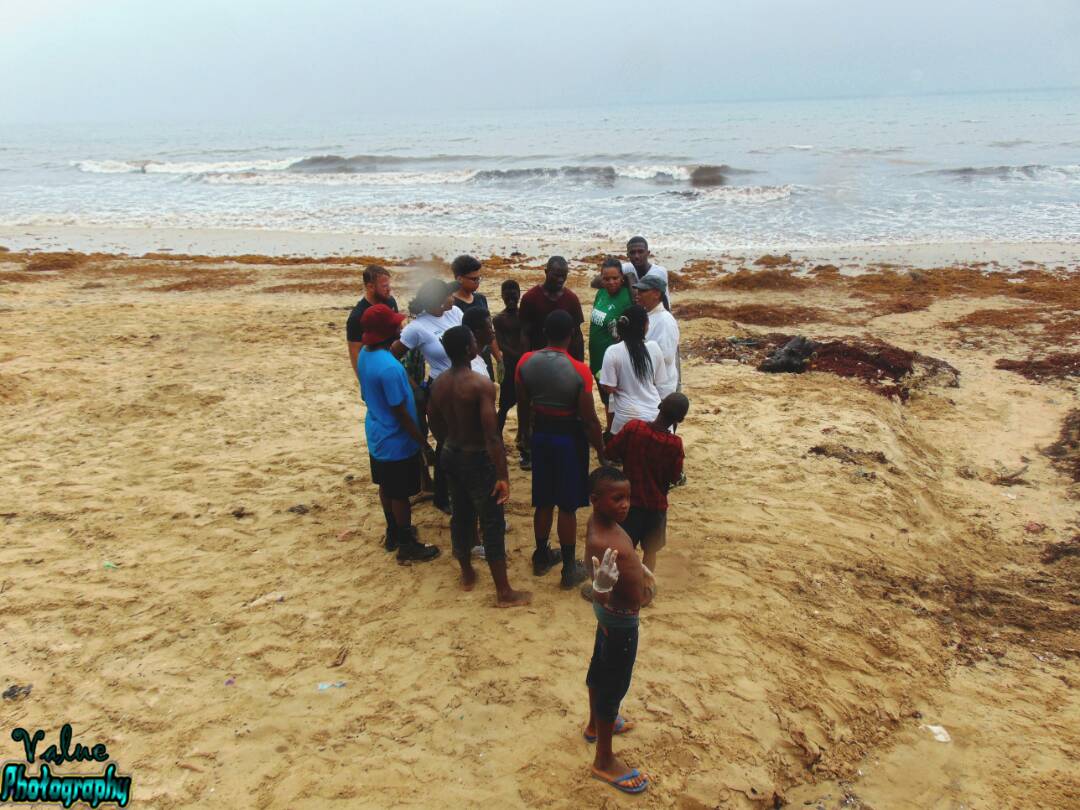 The Aberdeen Beach Cleaning Exercise raised awareness on the effect of people’s littering around the beach and that of throwing waste into the sea.

The Aberdeen Beach Cleaning Exercise raised awareness on the effect of people’s littering around the beach and that of throwing waste into the sea.

On July 18, 2017, I organized the Aberdeen beach cleaning exercise in Freetown for YALIServes. The Aberdeen beach is the most visited beach in Sierra Leone; it is a place of inspiration where people connect and reconnect, where wounds are healed and social ties are strengthened. However, the beach is often filled with waste such as plastics, metals, boards, and grasses, most of which get there through the tide and littering. In addition to this, seaweed sometimes covers the sand on the entire beach, and when this happens, people are not able to use the beach. This area is a source of income for the government and the many businesses who operate there, but they are not generating optimum revenue from tourists.

Standing out among the factors that inspired me to organize the event was the need to raise awareness and educate people about the effects of their littering around the beach and in drainages, the dangers it poses to marine and human lives, and its effects on ships and other machines that use the water. Secondly, I was inspired by the need to create a safe place for the beach visitors to use — a place where people can strengthen their social ties. I was also very much inspired by the need to help businesses and government alike raise revenue from the beach.

I used the YALIServes event facilitation guide to plan the event. It gave me ideas on what kinds of organizations I should partner with and how I should build the relationships, and it helped me to fundraise and get cleaning materials from two local business.

We advertised the event on Facebook, WhatsApp, television and radio. I was happy because five radio stations and two television stations offered to publicize the event, although we were only able to go to three radio stations. I wrote and delivered letters to 27 MDAs and private institutions inviting them to support us, and three of them complied with basic help.

Beautifying the Beaches of Sierra Leone 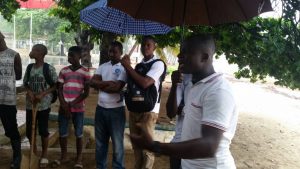 Before the event, RLC and Mandela Fellow alums came to speak to volunteers about YALI and how they can become members and about the free YALI online courses available to them. We told them to network well for future developmental events and to continue volunteering as a way to solve problems in their communities. I made sure to provide transportation for those who came from the far end of Freetown, but did not charge a transportation fare.

Then we sprung into action and cleaned the seaweed and other solid waste off the sand. We picked up and gathered it and disposed of it in a truck provided by the National Tourist Board (NTB), which took the trash to the nearest disposing site. 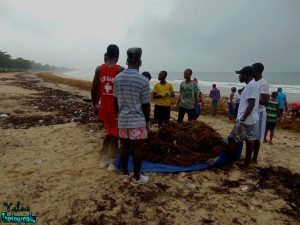 I am happy for the amount of turnout of over 100 people that we had, including a team of nine from Urban Youth for Africa, Kalamazoo, Michigan, USA, who joined us. I was happy because after we got strong publicity for the event, the Government of Sierra Leone was forced to join us on the last day. I am proud of the amount of inspiration I have attained after the event. 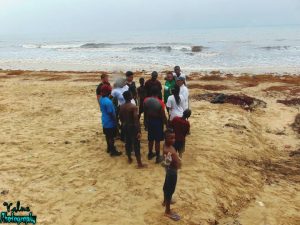 The Aberdeen Beach Cleaning Exercise raised awareness on the effect of people’s littering around the beach and that of throwing waste into the sea. It left the beach very clean for people to use. Businesses received more customers, and government increased its revenue from the beach.

As I will be organizing another event for YALIServes 2018, I will develop a proposal to find partners, and resources from those partners will enable me to sustain the beach’s cleanliness and prevent waste from entering into the sea by placing dustbins at specific locations into which people can drop waste.

Our governments cannot solve all the problems in our communities and societies. Unless we get into action to volunteer and solve those problems, we cannot help but continue to see those problems persisting. As leaders, we must come out of our comfort zones to solve problems, even extraordinary ones. For it is in our giving that we receive! Going out to solve problems or to add to the value of something will not only build our experience, but will also get us connected for future developmental activities. I encourage everyone to volunteer for YALIServes events because it gives you the opportunity to serve your nation, and they also develop your experience and improve your curriculum vitae. We are part of the community. We are part of the problem, so we must be part of the solution. The time to act is now. The time is always right to do the right! Go on leaders! Go on and solve that problem you have noticed.

James Metzger, from Freetown, Sierra Leone, has been a YALI Network member since October 2016. He is the advocacy coordinator at Word Made Flesh Sierra Leone, where he advocates for and mentors youths and children from the Kroo Bay Community. He holds a BSc. in economics from the University of Sierra Leone. James is passionate about community development and youth empowerment. Follow James on Facebook and Twitter