One of the standards that journalists are meant to uphold is independence from the array of biases in order to deliver objective stories. A journalist is a sieve who keeps out narratives which attempt to force your conclusion. However, adherence to this principle is becoming difficult in the age we live in.

Unfortunately, the consequence is that you cannot differentiate between what is truth and what is peddled as such. Why has it become hard to be real? In my opinion, it is mostly because the domain of journalism has experienced an encroachment. This is because of the retweets and likes that we all chase on social media. We must laud how technology has enabled and empowered citizen journalists. The cost, though, is that it has placed a high barrier on keeping to the principle of journalistic independence.

Think about it. What is stopping you from selling your perspective as the middle ground? All you need is an audience to drive conversation. Who needs the authority of a journalist to publish a blog? Therefore, the truth that journalists stand for is lost in this noise. Truth gets hurt, as does the profession, and democracy.

For example, in my country of Kenya, people perceive journalists as contractors for the people paying for advertisements. Journalism graduates have few alternatives, and those still holding onto their jobs contend with the changed economics of wage and labour. This is a problem because bills can’t be paid with principles.

Resultantly, I am faced with the pressure from people who want me to compromise my principles. Good for me. For you, it means you may have to question and read more intently to find the truth.

Publication advertising causes limitations for a journalist because paid content is a reality of the news business. Journalists have an interest in maintaining their reputation and in doing so gravitate to more prestigious news organizations. In other words, a journalist has to choose a side. My observation is that there is always an attempt made to arrive at a balance, or a semblance of it.

If an entity shows up with money and asks me to sanitize one thing or distract from another, I am inclined to accept it. If I must drive you into a paid narrative, then I must. You can say that it is legitimizing brown envelope journalism. But to me, this is the same concept as lobbying not being considered bribery.

As the news consumer, you should be on alert when reporters and editors get reduced to mouthpieces. When journalists are no longer required to do their job of laying out facts, the compromise must be taking up an analytical role. This way, balance is retained. What is important is that we do not become idealistic with regard to the position of paid content in the information cycle.

You have little to worry about if you get your news from reputable sources. Disclosure of paid content is another standard that journalists are meant to uphold. The cost of not doing so goes back to reputability.

Responsibility, therefore, shifts to you to avoid trusting unreliable sources of news. At times, the problem is that people do not differentiate between analysis and reporting of facts. This creates room for misinformation. Facts do not have a slant, one way or the other. 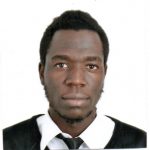 Robert Malit is best described as a web content writer and has racked up quite the experience. Notably, he has worked as editor and features lead for KingFut, an Egyptian sports website. He also does the same, and more, for award-winning Kenyan business blog HerBusiness. Robert is a 2015 NABJ Young African Journalist Fellow. One of his ideals is devolved governance. Feel free to follow his Twitter account @RobertMalit.