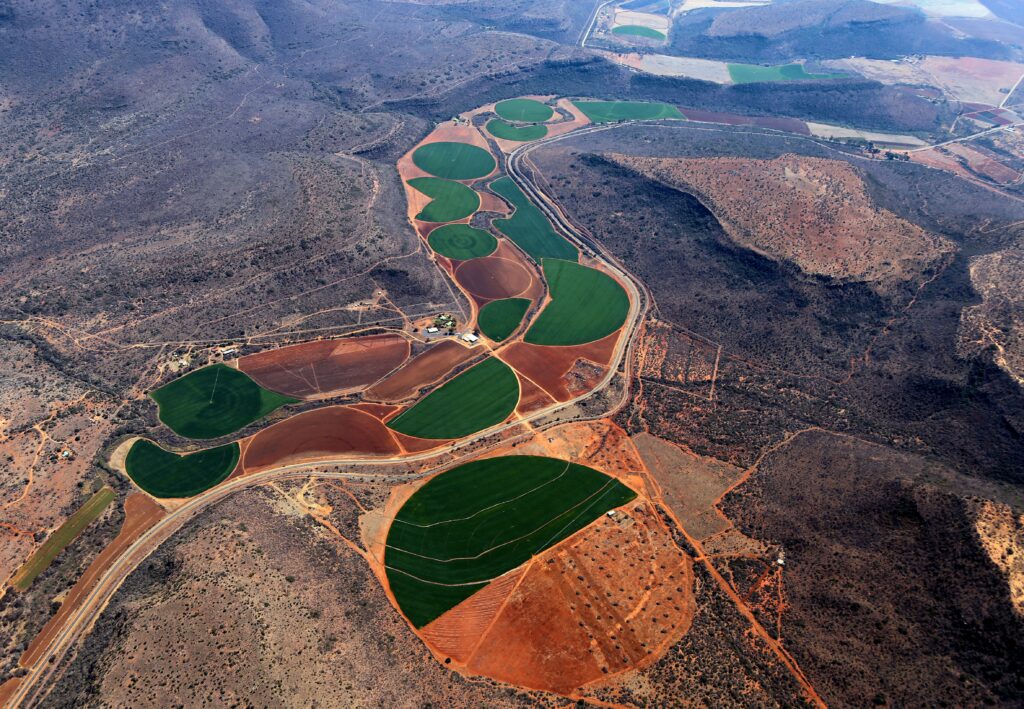 In Ghana, traditional small-scale farmers produce most food crops (cereals, roots, tubers and vegetables) and cash crops (cocoa, coffee and pineapple). They produce for household consumption as well as the market, and their operations are characterized by a limited capital base, low-level inputs consisting mainly of hand tools, and unimproved seeds from the previous harvest. Yields of most crops are still far below their potentials, and the level of modern technology in agricultural production and processing is still extremely low.

Agriculture remains highly dependent on rainfall. In Ghana, irrigation covers only 3 percent of the total crop area, and less than 20 percent of the irrigation potential is used. On the other hand, land expansion potential has been reaching its limits in most agro-ecological zones, urging a rapid shift toward a Green Revolution type of productivity-led growth. Land is generally abundant, and access to land is not a major constraint, except in isolated locations. However, household farms are usually less than a hectare in size. Farmers still live in a state of illiteracy and unawareness and are thus inhibited from taking risks or adopting potentially profitable innovations.

While the productivity of crop production is associated with the intensive use of input, the yield can be increased through better land management, farming practices, and weed and pest control. Inappropriate ways of applying tools and modern inputs, a lack of knowledge of chemical inputs, and uncertainty regarding the best pricing strategies also constrain farmers’ profitability. Improving productivity offers a major potential win for farmers. Without the availability of adequate market demand, improving yields is meaningless. Alternatives to conventional farming should be embraced to improve subsistence farmers’ yields and ensure adequate food production for the growing global population. Land reform has had mixed results on the African continent, but changes that clearly define property rights, ensure the security of land tenure, and enable land to be used as collateral will be necessary if many African nations are to realize potential productivity gains.

However, a lack of access to finance and poor infrastructure have slowed progress. Government support is crucial to coordinate the integration of smallholder farmers into larger cooperatives. Groups may also be needed in other areas to aid integration with wider markets. Therefore, introducing subsistence or small-scale farmers to modern practices and tools will help to improve their production and earnings.